CHICAGO - An investigational device that combines a laser and ultrasound appears to have superior specificity for identifying benign breast lesions, according to a study presented on Monday at the RSNA 2017 conference.

In the intent-to-diagnose population of 1,739 subjects with 1,808 masses, the optoacoustic device from Seno Medical Instruments achieved a specificity of 43% for identifying BI-RADS 3 lesions, compared with 28.1% for grayscale ultrasound (p < 0.0001), said Dr. Erin Neuschler, an assistant professor of radiology at Northwestern University's Feinberg School of Medicine.

The sensitivity of grayscale ultrasound was 98.6%, compared with 96% for optoacoustic ultrasound, meeting the prespecified noninferiority boundary of 5% (p < 0.01).

"These data demonstrate that optoacoustic ultrasound improved diagnostic specificity compared with ultrasound, resulting in reclassification of both benign and malignant lesions," she said in her presentation. The data came from the PIONEER study, officially titled A Pivotal Study of Imaging With Optoacoustics to Diagnose Breast Masses Detected by Mammography and/or Diagnostic Ultrasound.

"The ability to downgrade the BI-RADS assessment of some benign masses may lead to fewer false-positive examinations, short-term interval follow-up studies, and benign biopsies, potentially improving the accuracy of the diagnostic workup and reducing some of the limitations and perceived harms of breast imaging," she said.

In the pivotal trial of the device, seven independent readers blinded to clinical and biopsy information conducted 12,283 mass reads. In total, 678 masses were malignant, 889 were benign, and another 190 were benign with a 12-month follow-up.

"Subgroup analyses showed no significant differences in specificity for either optoacoustic ultrasound or grayscale ultrasound based on breast density, mass size, palpability, distance from nipple, and depth," Neuschler said.

Neuschler explained that optoacoustic ultrasound represents the fusion of anatomic and functional modalities, showing the amount of hemoglobin in and around breast masses, the level of oxygenation and deoxygenation of hemoglobin, and the morphology of tumor blood vessels.

Neuschler noted that the class 3B laser is not potent enough to damage the skin, but it can injure unprotected eyes, so all personnel are required to use protective eyewear when the device is in use.

The device was evaluated at seven academic and nine private institutions, and the study included adult women with palpable masses discovered clinically or in suspicious imaging within the previous 45 days. Subjects with BI-RADS 3, 4A, 4B, 4C, and 5 solid or complex lesions were eligible, Neuschler said. The study enrolled patients between September 2012 and September 2015.

In discussing the study, Dr. Constance Lehman, PhD, said there were a few caveats to be considered in evaluating PIONEER, including why approximately 9.6% of the imaging was not performed in some patients and whether that points to technical failure with the device in some populations. Lehman is a professor of radiology at Harvard Medical School and co-director of the Avon Breast Center at Massachusetts General Hospital.

She also noted that the study compared optoacoustic ultrasound with grayscale ultrasound, which is not used for conventional diagnosis in the U.S.

"I am excited about the use of this device in upcoming clinical studies and how this modality can be included in shared decision-making with patients," Lehman said.

How do women fare when breast cancer is detected on US?
Women whose breast cancers are detected with screening ultrasound generally have good outcomes, but some do experience cancer recurrence. South Korean... 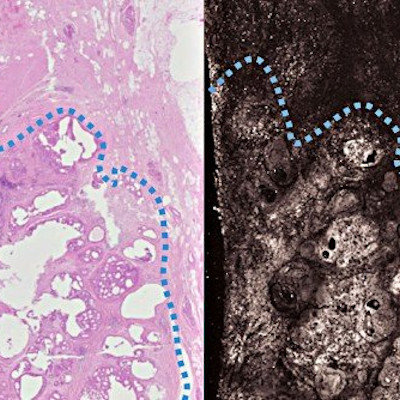 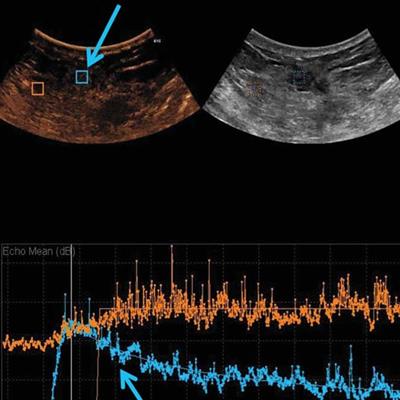 ARRS: Don't underestimate breast US in cancer arsenal
NEW ORLEANS - There may be fancier breast cancer screening modalities out there, but conventional ultrasound remains an effective screening tool in women...
Copyright © 2017 AuntMinnie.com