You're never too old for mammography screening, study finds


There's no evidence that women 75 and older should discontinue regular mammography screening, according to a study presented at RSNA 2016 in Chicago. In fact, researchers from the University of California, San Francisco (UCSF) found that women between the ages of 75 and 90 continue to benefit from screening. 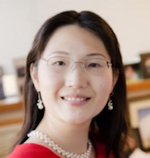 "The continuing increase of cancer detection rate and positive predictive values in women between the ages of 75 and 90 does not provide evidence for age-based mammography cessation," said study lead Dr. Cindy Lee in a statement released by the RSNA.

Exactly when women should start and stop regular mammography screening has been under heated debate. Current guidelines from the U.S. Preventive Services Task Force (USPSTF) state that there isn't enough evidence of benefit to recommend screening in women 75 and older. However, the research used to set this guidance hasn't included older women, according to Lee.

The researchers calculated screening mammography performance using the following metrics: cancer detection rate, recall rate, positive predictive value for biopsy (PPV2), and biopsy performed (PPV3). They found a mean cancer detection rate of 3.74 per 1,000 patients, a recall rate of 10%, a PPV2 rate of 20%, and a PPV3 rate of 29%. In addition, all of these performance metrics gradually improved as women aged.

The findings support the argument that deciding when to stop breast cancer screening should involve each woman's personal health history and preferences, according to Lee.

"We know that the risk of breast cancer increases with age," she said. "With the uncertainty and controversy about what age to stop breast cancer screening, we want to address this gap in knowledge using a large national database."

Do older women benefit from continued mammo screening?
Older women appear to benefit from continued, regular mammography screening, according to a review published online in the Journal of General Internal...
Study finds benefits to breast cancer screening over 75
A new study of breast screening in women older than 75 has found that enough cancers are detected in this population to make screening worthwhile. The...

Should women over 75 be screened for breast cancer?
New guidelines proposed last week on mammography screening claim that evidence is insufficient to recommend screening for women 75 and older. But if such...
Study supports regular mammography screening in older women
Mammography-detected breast cancer is associated with a shift toward earlier-stage diagnosis in women 75 years and older, subsequently reducing the rate...
Cancer: Screening mammo cuts incidence of late-stage cancer
Over the past 30 years, screening mammography has not only identified more early-stage breast cancer, it decreased the incidence of late-stage disease...
Copyright © 2016 AuntMinnie.com

Otherwise agree. If you looked at the other end of the age spectrum, you will see that the performance measures are much  worse in the younger age groups.  So let's present this evidence to younger women.  Look forward to your presentation at RSNA.

Cancer detection does not equal life saved.  Also, no  trial evidence it works.


The same can be said for most medical interventions once you hit 75. As people just tend to die starting at that point, proving a survival benefit acting on all-cause mortality is going to be difficult.

Overdiagnosis gets worse with age.

I dont believe that this statement is supported by the numbers. With the increasing incidence of cancer and often decreasing breast density, the sensitivity in older women is quite good.

Doesn't have to be. With advancing age, the patient can be offered alternatives to the full-up bombardment indicated in a younger person. We know that most DCIS doesn't turn invasive for a number of years. In a 80yo patient, following it is an easier decision than in a 50yo. Also, an 80yo may choose to forgo some elements of the 'stnadard' treatment and accept some increase in the risk of metastasis in return. Having a loc and lumpectomy in local is a same-day procedure with minimal recovery. Yes, technically you may not have saved a life, but it sure beats treating the tumor once it has grown into the chestwall or skin.


Following DCIS at age 55 doesn't work for most women. They can't sleep....They want it out..


And if you tell someone aged 80 that there is a chance that this thing may turn into cancer when they are 90, they often sleep very well with that possibility.