Post-Connecticut, how is breast ultrasound performing?


CHICAGO - Five years after the first breast density notification law was passed in Connecticut, 18 other states have inked their own versions of the legislation. The laws encourage women with dense breasts to consider additional imaging, such as ultrasound, because mammography's sensitivity is reduced in dense tissue.

In this context, how is screening breast ultrasound actually performing? The results are mixed, according to research presented on Sunday at the RSNA 2014 meeting. But in any case, the wave of breast density notification laws being passed shows no sign of abating, said keynote speaker Dr. Regina Hooley of Yale School of Medicine.

Research presented by Dr. Jean Weigert from the Hospital of Central Connecticut found that adding screening breast ultrasound for women with dense tissue has continued to improve breast cancer detection since the Connecticut law was passed, when compared with mammography alone. In fact, Weigert and colleagues found that the technology's positive predictive value (PPV) doubled between year 3 and 4 of its implementation.

"This has been a great opportunity to collect data in a way that had never been collected before," Weigert said. "We decided to determine if screening breast ultrasound in women with mammographically normal but dense breasts was useful in detecting cancer, and to see if there was a way to establish an ideal screening population for the technology."

"It's interesting that in spite of the fact that insurers in Connecticut have to cover additional ultrasound imaging, only 30% of women are coming in," she said. "This could be due to a lack of education about dense breast tissue and additional screening modalities, or the co-pay of the exam."

Ultrasound's cancer detection rate in both the third and fourth years after breast density notification legislation was enacted was three per 1,000 women -- the same rate as in the first two years. However, screening breast ultrasound's PPV doubled from year 3 to year 4, from 8.1% to 16.1%.

"Screening breast ultrasound in women with mammographically dense tissue finds occult cancers, and it has continued to do so at the same rate per 1,000 women over the first four years," Weigert said. "And its PPV has improved, although admittedly not to the level of screening mammography."

In another presentation given during the same session, researchers from New York University reported that the PPV of screening ultrasound after mammography in women with dense breast tissue was low. They urged that further studies be conducted to identify those women who really benefit from the exam.

For their research, Dr. Islamiat Ego-Osuala and colleagues investigated the use of adjunctive ultrasound screening in states that have begun implementing breast density notification laws. Their study included women who received handheld high-resolution whole-breast ultrasound between January 2013 and March 2014.

During the study time frame, 42,341 screening mammograms were performed in 36,523 women. Of these, 3,044 women underwent 3,167 screening ultrasound exams; 74% had dense breasts and 61% had average risk for breast cancer, according to the researchers.

Out of the 3,167 screening ultrasound exams, 83% were categorized as BI-RADS 1 or 2, 8.7% as BI-RADS 3, and 8.7% as BI-RADS 4 or 5. Eighteen biopsies were avoided because lesions were no longer visualized or because they were reassessed as benign. In all, 259 lesions were biopsied, and the majority of these, 96.1%, were benign, while five were high-risk lesions and five were cancers.

Ten lesions were surgically removed, and seven of these were determined to be cancer (three were invasive ductal carcinoma and four were ductal carcinoma in situ), which yielded a positive predictive value of 2.7% for screening ultrasound. The modality's additional cancer detection rate was 0.09%.

Though supplemental whole-breast ultrasound found cancers that mammography did not, the PPV and cancer detection rates in this study were lower than in previous studies.

"To [the best of] our knowledge, our study is the only one that has included all patients being referred for screening ultrasound regardless of risk factors and density," Ego-Osuala said. "The low PPV suggests that we need to stratify risk factors to determine which women would be best served by screening breast ultrasound."

Session co-moderator Dr. Wendie Berg, PhD, from the University of Pittsburgh questioned why a third of the women in Ego-Osuala's study did not have dense tissue -- since screening breast ultrasound has been suggested for women with dense tissue in particular.

If you like this content, please share it with a colleague!
Related Reading
Move over tomo? Dedicated breast CT has bright future
Although it's still an investigational modality, dedicated breast CT offers distinct benefits for diagnostic workup compared to other imaging modalities,...
Mo. governor signs breast density bill into law
The governor of Missouri has signed a breast density reporting bill into law. 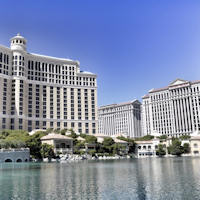 AIUM: Study finds women with dense breasts often skip US
LAS VEGAS - A new study found that fewer than 2% of women informed that they had dense breast tissue returned for follow-up exams with ultrasound, according...

NCoBC: Technologists have role in breast density education
Breast tissue density has become a much discussed element of a woman's breast cancer risk. Patients' lack of knowledge about breast density remains a...
Why does breast US find cancers mammography doesn't?
Most breast cancers detected at screening ultrasound are not seen on mammograms, even in retrospect, which suggests that supplemental screening with ultrasound...
Copyright © 2014 AuntMinnie.com