Almost a third of services provided by radiologists to emergency department (ED) patients are uncompensated, according to researchers from the American College of Radiology's (ACR) Harvey L. Neiman Health Policy Institute.

These unpaid services correspond to $2,483 per month of lost income per radiologist -- which could affect patient access to care, noted Dr. Richard Duszak Jr., chief medical officer of the institute, who presented the findings at last week's RSNA meeting

"The frequency and magnitude of uncompensated imaging services in the ED has not been rigorously studied," Duszak said. "Given the continued rise in ED services overall and the disproportionate growth of imaging in the ED compared with other sites, the potential workflow and financial impact of uncompensated care on radiology departments and practices could be substantial." 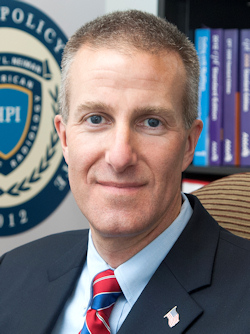 "Not long ago, imaging underwent a period of dramatic growth," he said. "But utilization stabilized by 2006 and is now in overall decline -- with the notable exception of the emergency department setting. And some reports show that as much as 79.4% of clinical services provided in the ED are uncompensated."

Duszak and colleagues investigated the frequency and magnitude of uncompensated services provided by radiologists in the ED setting, using billing claims from 2,935 radiologists in 40 states between January 2009 and December 2012. The data came from Zotec Partners, a large, national radiology billing company.

The researchers identified 18,475,491 professional services performed in the ED setting. They focused their analysis on 133 of all reported 830 category I CPT and Healthcare Common Procedure Coding System (HCPCS) codes (which made up 99% of all rendered services). Duszak's group excluded codes that were not valued through the Resource-Based Relative Value Scale (RBRVS) process.

Of the radiologists included in the study, 96.6% delivered care to emergency department patients that was not reimbursed; they received no payment at all for 28.4% of services rendered.

The most frequently provided services were interpretation of the following exams:

The most frequently used modalities were radiography (58.3%), CT (31.2%), and ultrasound (8.8%), Duszak and colleagues found. Of all uncompensated services, 52.3% were provided to uninsured patients and 47.7% to insured patients (which were not covered because of insurer denial or patient nonpayment of deductible).

How, exactly, could radiology departments and practices be affected by radiologists not getting paid for ED services? In a number of ways, according to Duszak: It could create substantial disincentives for radiologists to prioritize emergency department work, and hospitals with higher ED volumes sending out requests for bids could encounter resistance.

"I personally don't think this will ever get to the point where radiology practices say, 'We don't do ED work,' but it could result in misaligned incentives for radiologists to provide timely services to sicker patients," he told AuntMinnie.com.


Studycast helped me add 2" to my tool.


Studycast will throw in the 2nd one free!!!  Just pay separate postage and handling!!!