CHICAGO - Clinical decision-support (CDS) software can significantly decrease the number of CT pulmonary angiography (CTPA) exams performed on inpatients suspected of having pulmonary embolism (PE), according to research presented on Monday at RSNA 2013.

A Brigham and Women's Hospital team found that adopting CDS led to a statistically significant drop in the monthly number of CTPA exams performed on inpatients. CDS implementation also yielded more than a 16% increase in the monthly percentage of positive CTPA studies, but that gain did not reach statistical significance.

"CDS implementation based on high-quality evidence was associated with a significant immediate and sustained decrease in CTPA use for acute PE in hospitalized patients," said presenter Dr. Ruth Dunne.

CTPA is the imaging test of choice for diagnosing acute pulmonary embolism, and its use is increasing in both the emergency department (ED) and hospitalized patient populations. However, this growing utilization has been associated with increased radiation exposure and overdiagnosis of PE, Dunne said.

To address this problem, evidence-based guidelines for imaging patients suspected of having PE have been developed and validated, and implementation of these guidelines as CDS in the ED has been shown to decrease the use of CTPA while increasing its yield. But the effect of such CDS systems in the inpatient population remains unclear due to variation in care settings, she said.

As a result, the team sought to assess the effect of CDS on the use and yield of CTPA for acute PE in hospitalized patients. The study included all adult inpatients at Brigham and Women's Hospital from April 2007 to June 2012, and outcomes were compared before and after implementation of a CDS system (Medicalis) on November 1, 2009.

The CDS system was incorporated into the institution's computerized physician order-entry (CPOE) software and was based on previously derived and validated evidence-based decision rules for workup of patients with suspected acute PE, she said.

The CDS intervention had three components. First, the ordering physician was required to select both the D-dimer level and the level of clinical suspicion of PE. If the ordering physician selected that D-dimer level had not been performed, the software displayed a statement saying that that measuring D-dimer in patients with low/intermediate clinical suspicion of PE is an appropriate first step in the workup of acute PE and will exclude the need for CTPA in most cases, Dunne said.

If the ordering physician indicated that D-dimer was normal and clinical suspicion for PE was medium or low, the software displayed another statement explaining that based on current evidence, as well as experience at their institution, diagnosing an acute PE by CTPA in low or intermediate-risk patients with a normal D-dimer is extremely unlikely. The ordering physician had the option at all stages of the ordering process to cancel the order.

The researchers mined the institution's RIS to find inpatient CTPA exams. Using binary outcome analysis of CTPA reports based on a validated natural language processing algorithm, CTPA reports were then classified as positive or negative for acute PE.

In month 31 of the study -- just prior to CDS implementation -- the institution had a monthly CTPA volume of 26 per 1,000 admissions. That dropped to 22.8 per 1,000 admissions in month 32 of the study following adoption of CDS, and the 12.8% reduction in volume was statistically significant (p = 0.008). Analysis of linear trends for CTPA use found no significant increase or decrease after CDS implementation (p = 0.52).

The monthly percentage yield of positive CTPA studies increased from 10.4% in month 31 to 12.1% in month 32, but the 16.3% relative increase was not determined to be statistically significant (p = 0.65). Again, comparison of linear trends for CTPA yield did not find a significant increase or decrease after CDS implementation.

Dunne acknowledged several limitations of the study, including its reliance on data from a single institution. In addition, the appropriateness of performing CTPA was not evaluated, as the study methodology precluded the collection of additional patient characteristics such as patient heart rate and the probability of an alternative diagnosis to PE. Furthermore, the overall low number of positive CTPA exams may have made the study underpowered to detect a significant increase in CTPA yield, she said.

Nonetheless, the researchers concluded that their CDS implementation led to a significant, immediate, and sustained drop in utilization of CTPA for detecting acute PE in their inpatient population, Dunne said. 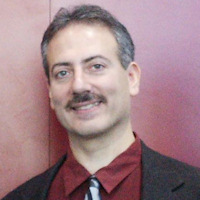 Siegel: Next-generation PACS will elevate CT image review
Driven by the development and adoption of next-generation PACS technology, CT image review will be significantly different and smarter in the future,...
Study finds docs aren't 'gaming' decision-support software
Referring physicians sometimes don't like it when clinical decision-support software tells them they can't order an imaging exam. But how often do doctors...
Copyright © 2013 AuntMinnie.com