The new residency accreditation process that began last July has upended the process of becoming a radiologist -- in part by establishing a third-year core exam that few residents have had to deal with yet. But Dr. Chris Stephens has already gone there, not only completing the test but living to tell about it at the RSNA 2013 meeting.

The fourth-year resident from the University of Florida advised residents to start early, study often, and focus on the broad topics and major diseases that are likely to be included in the exam. 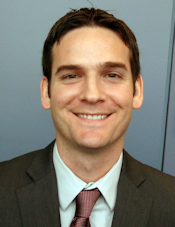 Dr. Chris Stephens from the University of Florida.

"Make a study schedule, have a plan, and stick to it," Stephens told AuntMinnie.com in an interview. "I think if residents are studying and going to work every day for three years, they'll be more than ready to take the test. It's a three-year process, and the earlier you start, the less stressed you'll be when it actually comes up."

Good test preparation starts with choosing the best resources for the job, he said.

"There are a lot of resources to choose from, and it's up to the individual to find what works best," Stephens said, adding that many residents do best with "case-centered study supplemented with journal articles to study the various diseases." Use a broad array of resources, and give yourself a minimum of three months to study for the exam. Available resources include the following:

Another great resource for everyday questions is STATdx, Stephens said. "You can look up your question online quickly, and STATdx responds with a handful of images about that disease," often displaying it in more than one clinical presentation and multiple modalities, he said.

Also, focus on common diseases that are far more likely to be on the test rather than rare conditions, Stephens advised. When looking at a case, analyze it in terms of patient management and next-step thinking.

Didactic lectures, presented to nearly all residents once or twice a day, come in two basic flavors: case-based, where residents take cases, or more formal didactic-style lecturing. Some programs may be modifying their curricula to help students prepare for the core exam, he said.

Physics is a major component of the exam, occupying as much as 15% to 20% of all questions, and residents should start early -- even in year 1 -- to master the many topics it encompasses. Residents should incorporate physics into their daily readouts at the workstation, and maybe even do a dedicated physics review before the core exam. The RSNA physics modules are an excellent learning tool for physics, he said.

Safety issues, including radiation biology and safety, fluoroscopy geometry and doses, modifications in CT protocols and how they affect dose, and artifacts and how to eliminate them, are the "most high-yield, clinically applicable topics in physics," from the perspective of exam prep, Stephens said. Considering the complexity of the topic, some residents find a dedicated physics review course worth the time and money.

In any case, physics study should be continuous throughout a residency. After all, it's the single largest section on the core exam, and physics questions count in multiple categories, Stephens said.

"Physics is something you don't do every day when you're working, so it's something you really need to set aside time for outside of work," he said. "I usually set aside one day a week for physics while I was studying for the test, because it's easy not to spend enough time on it."

Generally, textbooks offer more-detailed ways to drill down on a topic, Stephens said in his talk. He said he found them most useful for doing targeted review of specific topics rather than for cover-to-cover reading, but user preference should prevail.

"The safety portion of the exam is its own little niche that you may not always think about in your daily training," Stephens said. "It's hard to know exactly what they're going to cover, but they do have an outline on the ACR website, and I think it's useful to look through that list of topics to see what you're supposed to know about."

The ACR website is probably the best resource for safety, as it includes contrast, radiation, and MR safety -- "all those areas are covered in a fairly readable manner, particularly the manual on contrast," he said. It covers a lot of practical topics that arise in clinical practice, including what to do if a breastfeeding patient needs a contrast exam and what you need to know about contrast reactions, along with other topics that arise infrequently.

"What I personally did to prepare was use three main sources for case reviews, and I supplemented those with journal articles and STATdx to see additional images and look at the spectrum of disease for the more common diseases, see how it looks in multiple modalities, and the treatment and management of that disease," Stephens said.

For physics, the RSNA modules were the primary resource, while the Duke Review of MRI Principles was very helpful for specific areas of MRI physics that were difficult or complex, he said.

RadioGraphics review articles were excellent as well, particularly with regard to artifacts. And Stephens said he did a dedicated physics review course about four weeks before the exam, which allowed enough time before the test to go over areas where he felt he still needed help.

A three-month dedicated review seemed to be about right to go over everything before the exam. Stephens said he dedicated about a week to each topic: MSK for one week, neuro the next, and always a day a week for physics.

"As the exam gets closer, you should definitely look at the [American Board of Radiology (ABR)] practice questions," he said. "They give you roughly 170 questions; you can use them to see the depth of knowledge they expect you to have, the difficulty of the questions, and also the format of the exam."

At the beginning of the first day of the exam, you get about 20 minutes just to learn how the software works. If you already know how to use it, you can use the extra time on the exam itself, he said. Also recommended is the nuclear medicine quality-control review in the weeks before the exam, especially if it's not part of your regular workday.

"I did a hot lab walk-through with a nuclear medicine physician to make sure I was familiar with the equipment, how it's used, and what it looks like," Stephens said.

"Study cases, lots of cases, and focus on common diseases," he concluded. Time is not an issue during the test; you have plenty of time to take the exam.

And building a knowledge base is more important than practice questions. "When you're taking the exam, the questions are not trying to trick you; they're very straightforward, and you either know it or you don't," he said.

It is important to dedicate sufficient time to study, Stephens emphasized to AuntMinnie.com.

"We didn't have dedicated study time for our residency," he said. "We still had to go on rotations and everything, so it's different from what prior fourth-year residents preparing for the oral board had in the past." 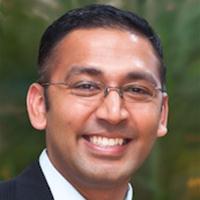 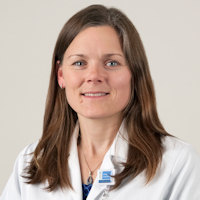 Outcomes rule in overhaul of resident training programs
A new era in residency training has begun. In July, diagnostic radiology became one of the first medical specialties to implement the Next Accreditation...
Resident program managers struggle to balance new demands
As program managers begin to implement far-reaching changes in radiology residency education, most believe they'll need to limit the options available...
New exam structure nixes free ABR study time for residents
Hoping to stanch outbreaks of "board fever" that can sideline radiology departments when fourth-year residents are relieved of clinical duties to cram...
Copyright © 2013 AuntMinnie.com

I don't know how the author of that article can claim "he passed"...

I'm mildly confused.  They released the Core Exam results prior to RSNA?!?  How is this guy saying he passed...  :)


Results aren't out yet.

I don't know how the author of that article can claim "he passed"...

12/12/2013 2:49:02 PM
Eric Barnes
Sorry friends, I clearly misstated that one, and the wording has been changed to read that he "completed" the exam.
Best,
Eric Barnes