Rapid growth of advanced imaging use is over, study finds


CHICAGO - Nationwide Medicare data show that rapid growth in the use of advanced imaging in the U.S. has stopped, according to a presentation given on Tuesday at the RSNA meeting.

"Imaging has been widely perceived to be a major cost driver, growing too rapidly and often overused or unnecessary," said presenter Dr. David C. Levin of Thomas Jefferson University Hospital. "But anecdotal reports from various sources have suggested that advanced imaging is no longer growing."

A 2008 America's Health Insurance Plans (AHIP) report found that 20% to 50% of high-tech imaging fails to provide useful information and may be unnecessary. It also stated that CT and MRI contribute $26.5 billion in unnecessary use of health services and that 20% of hospital radiology tests are duplicates, leading to $20 billion per year in wasted spending. 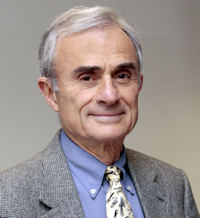 But have the trends the AHIP report listed continued? Levin and colleagues examined recent use trends in CT, MRI, and nuclear medicine -- including PET imaging -- to determine whether these modalities were still growing. The team used the Medicare Part B Physician/Supplier Procedure Summary Master Files for 2000 to 2011, including all CPT codes for diagnostic CT, MRI, and nuclear medicine except those for guidance for invasive procedures and for radiation therapy.

Levin and colleagues also found that the nuclear medicine rate per 1,000 Medicare beneficiaries rose 66%, from 193 in 2000 to a peak of 320 in 2006. The data showed a gradual and slight decline over the next three years to 303 in 2009. However, in 2010 there was a sharp decline to 135, which the researchers attributed to bundling of the codes for primary myocardial perfusion imaging and its two add-on codes for left-ventricular wall motion and ejection fraction. The nuclear medicine use rate dropped further in 2011 to 128 per 1,000 Medicare beneficiaries.

Why has the use of advanced imaging stopped growing? The factors are legion, Levin told session attendees:

So rapid growth in the use of advanced diagnostic imaging has stopped. But the question remains: Will utilization decline even further, or will growth resume?

"None of us know what will happen in the future," Levin concluded. "But if I had to predict, I'd say we're going to see an increase in imaging volume -- because the U.S. population is aging and because of the Affordable Care Act, which will mean more patients will have insurance." 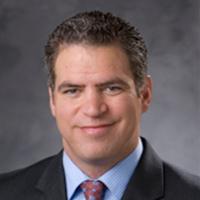 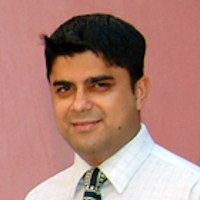 Radiologists should be gatekeepers, not service providers
If medical imaging is as ubiquitous as water, can U.S. radiologists still expect to command the price of diamonds? No, according to Dr. Saurabh Jha, who...
Imaging use in Medicare is down, but will the feds take heed?
Medicare payments for noninvasive diagnostic imaging exams are down 21% compared with their peak in 2006, reports a new study in the September issue of...
Commercial screening tests, imaging overuse spike health costs
Screening tests that are sold directly to consumers by commercial firms without physician referrals inflate healthcare costs and erode efforts to provide...
Physician education busts inappropriate CCTA use
A study of more than 25,000 patients in Michigan shows that inappropriate use of coronary CT angiography (CCTA) can be drastically curtailed by educating...
Copyright © 2013 AuntMinnie.com

Forum Comments
2 comments so far ...
12/5/2013 7:03:52 AM
roadrunner
Radiologists in general about the overuse of CT and MR scans. However it is often our perception that these scans are ordered for medicolegal reasons (to avoid lawsuits). It would be interesting to correlate overuse of scans with the maplpractice suit rates in a given location. For example in Cook County IL (where I previously practiced)  malpractice  insurance rates are very high compared to most other parts of the US

12/5/2013 10:07:16 AM
radmast
Yup. It is over, and that's why imaging volume has stabilized or decreasing. There is also very strong opposition to utility and growth of advanced imaging by govt. payers. That's why we do not need to more and more radiologists or any other imagers. Cut residency spots now.