Using MR spectroscopy, researchers at Children's Hospital Los Angeles may have found a link between premature birth and developmental issues in the brain's white matter that could put these newborns at greater risk for problems later in life.

Preterm infants are born 23 to 36 weeks after conception, compared with the normal 37- to 42-week gestation, and face an increased risk of behavioral problems, ranging from impulsiveness and distractibility to more serious conditions such as autism and attention-deficit/hyperactivity disorder (ADHD).

Lead author Stefan Blüml, PhD, associate professor of research radiology at the University of Southern California, estimated there are approximately 500,000 preterm births each year in the U.S. About 60,000 of those infants are at high risk for significant long-term problems, which can lead to enormous subsequent healthcare costs.

Blüml and colleagues have been studying preterm infants to learn more about how premature birth might cause changes in brain structure that may be associated with clinical problems observed later in life. Much of their research has focused on the brain's white matter.

While some white-matter damage is readily apparent on MRI, the current study uses MR spectroscopy to investigate the differences on a microscopic level.

The researchers compared the concentrations of certain chemicals associated with mature white matter and gray matter in 51 full-term and 30 preterm infants. Subjects had normal structural MRI findings, but MR spectroscopy showed significant differences in the biochemical maturation of white matter between term and preterm infants. 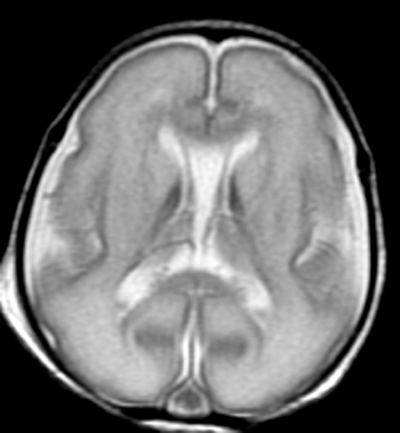 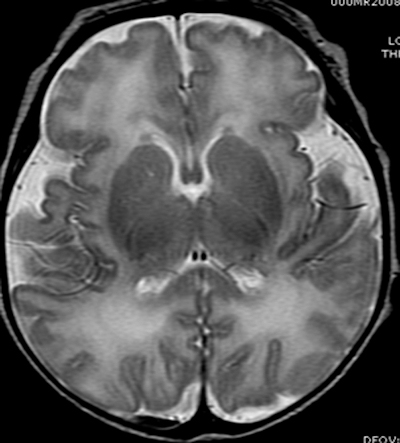 The false start in white-matter development is triggered by events after birth, according to Blüml. The timeline of events might be altered in premature children due to physiological and other events that happen at birth regardless of gestational maturity of the newborn.

For example, the amount of oxygen delivered to the fetus' brain in utero is low; however, when infants are born, they are quickly exposed to a much more oxygen-rich environment. Preterm infants' brains may not be ready for the sudden change, the researchers theorized.

While this change may cause irregularities in white-matter development, the newborn brain has remarkable plasticity, or the capacity to adapt or "rewire" itself. This adaptability might make the brains of preterm infants and young children more responsive to therapeutic interventions, particularly if abnormalities are identified early.

"Our research points to the need to better understand the impact of prematurity on the timing of critical maturational processes and to develop therapies aimed at regulating brain development," Blüml said.

If you like this content, please share it with a colleague!
Related Reading
MRI shows premature birth interrupts brain development
Using diffusion MRI, researchers from King's College London have found that the disruption of crucial developmental processes in the brain due to premature...
DTI-MRI shows concussions' long-term effects in kids
Diffusion-tensor MRI (DTI-MRI) has shown that brain changes in children who have sustained mild traumatic brain injury can last for months, even after...
12T MRI could show infant brain lesions
Pediatric neuroscientists at Oregon Health & Science University's Doernbecher Children's Hospital are having early success in viewing tiny white-matter...

MRI-compatible incubator increases procedure use for neonates
MRI exams can provide valuable information about neurological abnormalities in preterm infants. But the process of having an MRI exam can be hazardous...
Copyright © 2013 AuntMinnie.com