As concerns about the safety of gadolinium-based MRI contrast persist, radiologists should know that they have a number of alternatives to gadolinium, according to presentations on August 9 at the Society for MR Radiographers & Technologists (SMRT) virtual meeting.

Concerns around gadolinium-based contrast agents (GBCAs) include both gadolinium deposition disease, a controversial term that refers to the retention of small amounts of gadolinium in the body long after MRI scans take place, and nephrogenic systemic fibrosis (NSF), a debilitating disease that occurs in individuals with compromised kidney function.

While there are still questions that need to be answered about gadolinium, it can't hurt to find ways to reduce its use, especially in certain patient populations, according to Dr. Susie Huang, PhD, of Massachusetts General Hospital and Harvard Medical School in Boston. In her SMRT 2020 talk, Huang offered a review of the state of the literature on gadolinium safety, as well as alternatives for its use.

Growing awareness around gadolinium deposition disease led to a gathering of international experts in February 2018, where the conclusion was that judicious use of gadolinium was benign and did not lead to clinically visible symptoms.

"I think that the question of gadolinium really has to be taken in the context of the diagnostic question that is being asked and how the images will change the management of the patient," Huang said. "One might argue that in cases where you are trying to detect lesions that will actually change the patient's treatment course, say in the staging of cancer, the detection of metastases may very well determine whether a patient is able to get surgery or should undergo more systemic treatment such as chemotherapy."

A gadolinium-based contrast agent could be used for initial assessment, but it can then be used intermittently for monitoring a chronic condition, according to Huang.

"If a patient has vague neurological complaints, which are suggestive of a chronic disease like [multiple sclerosis (MS)], one would want to administer contrast during the diagnostic MRI to fulfill the diagnostic criteria to actually make the diagnosis of MS," Huang said. "When gadolinium can be minimized is in the routine follow-up of established chronic disease."

Pointing to data from a study published last year in Radiology in which investigators concluded that the use of a GBCA at follow-up MRI did not modify the diagnosis of interval disease progression in patients with MS, Huang described the results as evidence for more restrictive use of GBCAs.

"These findings were extremely encouraging and suggest we may be able to avoid contrast [GBCA] in the majority of MS patients undergoing routine surveillance of disease activity," she said.

Huang drew a parallel between the move toward more discriminating use of gadolinium as a contrast agent and the issue of decreasing radiation dose in CT. She also stressed that each decision to use gadolinium contrast should be based on the risk versus the benefit for the clinical question at hand.

As a general rule, clinicians should avoid gadolinium contrast in pregnant patients, patients with severe renal disease, and patients who have an allergy to gadolinium. Patients who refuse the use of a contrast agent and/or have concern about gadolinium deposition are also not suitable candidates for gadolinium.

Alternatives to GBCAs are emerging such as arterial spin labeling and time-of-flight MR angiography. But Huang noted that time-of-flight MR angiography does not have good yield for imaging tortuous/oblique vessels where the flow is not perpendicular to the imaging plane, in patients who are motion prone due to long acquisition times, or in the presence of slow or turbulent flow for signal loss can occur, which can be confounded as potential stenosis or even occlusion.

Still another novel noncontrast method is quiescent-interval single-shot (QISS) imaging, which has been found to supply strong diagnostic performance.

"It is based on balanced, steady-state acquisition," Huang explained. "Early studies have shown it to be effective for evaluating peripheral arterial disease at 1.5 and 3T."

Pediatric patients may represent another population, along with patients with chronic disease, who should be spared frequent exposure to GBCAs, Huang said.

Gadolinium deposition in the brain is a phenomenon that pediatric radiologists are aware of, noted Michael Kean, who followed Huang's talk at SMRT 2020. Kean is a radiologic technologist at Royal Children's Hospital Melbourne, Murdoch Children's Research Institute, Melbourne, Australia

Focusing on MR contrast in the pediatric setting, Keen cited a 2017 survey of clinicians based at pediatric hospitals in which 87% of respondents who were radiologists were aware of the phenomenon of gadolinium deposition in the brain.

Kean noted that radiologists may consider options in the future such as deep learning as a strategy to enable decreased gadolinium dose for contrast-enhanced brain MRI, as well as possible alternatives to gadolinium such as ferumoxytol.

The safety of gadolinium in pregnancy

Radiologists are being particularly vigilant with respect to steering clear of gadolinium when imaging patients who are pregnant, as the safety of GBCAs in pregnancy has not been established, noted Dr. Jeffrey Weinreb of Yale University.

Weinreb cited one investigation that detected elevated rates of GBCA exposure during the initial weeks of pregnancy compared with subsequent weeks.

"One study showed higher rates [of gadolinium contrast use] in the first two weeks of pregnancy, probably because the patients did not know they were pregnant," Weinreb said.

Referencing the 2018 National Institutes of Health/American College of Radiology/RSNA Workshop, Weinreb put forth that the jury is still out with respect to the clinical implications of chronic gadolinium retention. "The absence of evidence is not evidence of absence," he said.

Debate flares over use of GBCAs and lawsuit risk
The ongoing debate over the safety of gadolinium-based contrast agents (GBCAs) and how their use may put radiologists at risk of lawsuits flared this...

Caution indicated with new GBCAs for kidney patients
Even though the occurrence of nephrogenic systemic fibrosis after exposure to gadolinium-based contrast agents (GBCAs) in patients with impaired kidney... 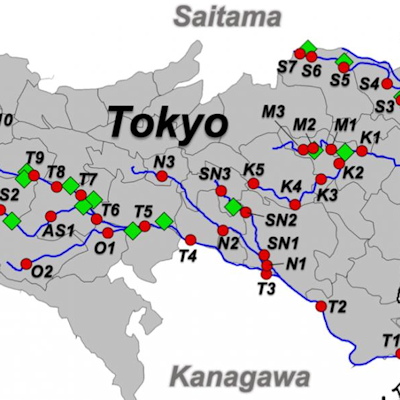 Gadolinium levels increase sharply in Tokyo rivers
The amount of gadolinium found in rivers around Tokyo has risen sharply over the last two decades, in line with a rapid proliferation of MRI scanners... 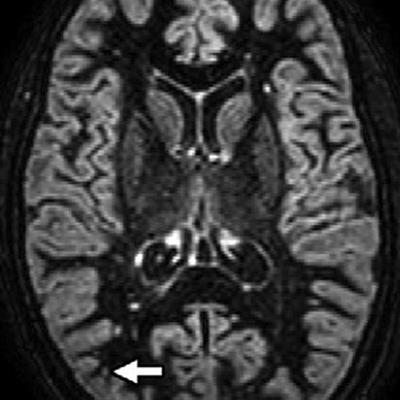 Contrast not needed for follow-up MRI on MS patients
Clinicians should be able to avoid the use of gadolinium-based contrast agents on follow-up MRI brain scans to accurately monitor disease progression...

Research road map drives inquiry into gadolinium's effects
What's causing gadolinium retention after the use of gadolinium-based contrast agents for MRI scans? Even the most knowledgeable experts don't know for...
Copyright © 2020 AuntMinnie.com