The advent of better risk assessment methods and more appropriate utilization of imaging modalities like breast MRI open the door for personalized breast cancer screening strategies, according to a presentation by Dr. Christiane Kuhl at the International Society for Magnetic Resonance in Medicine (ISMRM) annual meeting in Montreal.

With tools such as deep learning, screening strategies can now be adapted to an individual woman's lifetime risk of developing breast cancer and vastly improve the success of breast cancer screening programs, according to Dr. Christiane Kuhl of Aachen University Hospital in Germany.

"We now have the predictive measures, and we as radiologists will contribute to improved risk prediction through imaging biomarkers that we provide," Kuhl said during the ISMRM's closing Mansfield Lecture. "And we have the tools to meet this need. Let us begin to tailor our preventive efforts accordingly."

Over the past decades, we have seen a progressive increase in the incidence of breast cancer but only a mild decrease in mortality rates from the disease, according to Kuhl. 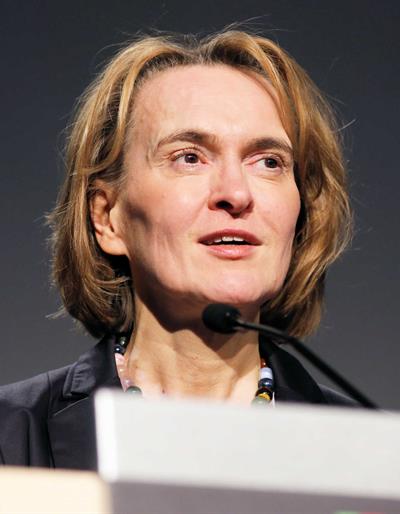 What can be done to reduce breast cancer mortality? Avoiding development of breast cancer isn't possible, as risk factors can't be influenced or altered by lifestyle modification. The two other methods for preventing development of cancer -- risk-reducing mastectomy or antihormonal therapy to bring about menopause -- are quite invasive measures and aren't really alternatives for the average woman, Kuhl said.

A secondary mortality prevention method is avoiding harm from cancer. This can be achieved by screening to provide early diagnosis, which is crucial for reducing deaths from breast cancer.

Screening methods for breast cancer include liquid biopsy and mammography or nonmammographic methods. Liquid biopsy, while offering some prognostic value, hasn't proven to be sufficiently sensitive or specific to serve as a diagnostic test, however, according to Kuhl.

"If it's not liquid biopsy, then it's still imaging for secondary prevention of breast cancer [mortality] for the time being," she said.

Screening mammography has been shown to reduce breast cancer mortality by 25%. In addition, recent research published in Cancer found a 60% lower risk of dying from cancer 10 years after diagnosis among those participating in mammography screening and almost a 50% lower risk 20 years after diagnosis, according to Kuhl. The women obtained a significantly greater benefit from treatment because the cancer was found earlier.

Only those diseased women can expect a benefit from screening, but even fewer will actually benefit due to overdiagnosis or underdiagnosis, she said. Not all cancers that are detected should be found.

"There are cancers which, even if left undiagnosed and therefore also left untreated, would never progress to a life-threatening disease," she said. "They would remain clinically asymptomatic. It's a true-positive diagnosis of cancer, but one that is self-limiting, not progressing even without treatment."

In other words, overdiagnosis means diagnosing cancers that don't behave like cancers, Kuhl said. Many more cancers are being diagnosed since the advent of mammography screening programs, but there hasn't been a concomitant decrease in metastatic breast cancer, she said. That means there's an excess rate of detected cancers that are likely to represent overdiagnosis.

She noted that breast cancer is a heterogeneous group of diseases, with a wide biologic continuum. What is less known, though, is that the cancer's phenotype will also determine its imaging phenotype. Unfortunately, mammography has a modality-inherent bias to detect slowly growing tumors, she said.

However, overtreatment is the real issue, not overdiagnosis. The prognostic significance of breast cancer can be characterized by routine lab tests, which are performed for every single case. A woman can then be informed about the lack of significance of her cancer or pseudo-cancer to avoid anxieties, she said.

“We as radiologists will contribute to improved risk prediction through imaging biomarkers that we provide.”

"Accordingly, treatment can be tailored based on the prognostic significance, or lack thereof, of the cancer," Kuhl said. "The adverse effects of overdetection can be avoided or alleviated by adequate patient information and adequate patient management."

The bigger problem, however, is underdiagnosis -- not detecting the cancers that should be found, she said. Between 20% and 50% of cancers identified in women who participate in screening mammography are interval cancers: cancers that aren't detected during screening but that become clinically symptomatic in between screening rounds. Interval cancers have a significantly worse prognosis compared with cancers detected during screening.

Underdiagnosis of cancers and interval cancers is the main driver of breast cancer mortality, according to Kuhl. Prognostically significant breast cancer can be missed by mammography screening for two reasons: host-related reasons such as dense fibroglandular tissue masking breast cancer, or tumor-related reasons due to the "benign" imaging phenotype of aggressive cancers.

Another issue with screening is the false alarm, which adds burden to women who are healthy. False-positive diagnosis will always be settled by an invasive biopsy, Kuhl said.

Instead of the current practice of screening huge numbers of women to find a few cases of disease, it would be smarter to enrich the screening cohort to identify those women who would be more likely to get the disease and focus on a much smaller group of women, she said. This requires predictive measures.

One potential method could be to focus on women with higher breast densities, as that has been shown to be an independent risk factor for breast cancer. However, half of the population has dense breast tissue, she said.

Detailed risk assessment scores, such as those calculated by the Tyrer-Cuzick model, can be time-consuming for patients and have produced an area under the curve (AUC) of only 0.63. Genomic features -- specific single nucleotide polymorphisms (SNPs) that are associated with breast cancer -- have also been considered for breast cancer risk assessment, but they have yielded similar accuracy to the Tyrer-Cuzick model.

Researchers from Harvard Medical School and the Massachusetts Institute of Technology (MIT) have developed a deep-learning algorithm that produced an AUC of 0.68 for breast cancer risk assessment based only on mammograms and 0.70 when also including risk factors. Importantly, it was effective across diverse races and in women with or without a family history of breast cancer.

"It means we now have at our fingertips the means to guide personalized screening recommendations," Kuhl said. "It's fantastic and stable."

She noted that breast MRI also adds predictive information from analysis of the enhancement of normal fibroglandular tissue. Tissue is also categorized on MRI by density, the degree of background parenchymal enhancement.

"It's very well-established that [parenchymal enhancement] is also indicative of increased risk for subsequent breast cancer," she said.

The Harvard/MIT group also developed a deep-learning model for breast cancer risk assessment based only on breast MRI, which yielded an AUC of 0.662.

"We are so far using only the background enhancement information, but of course MRI also tells you something about density and architecture," she said. "We just have to exploit this information."

A golden age is currently underway for deep learning and imaging-based risk prediction of breast cancer, enabling generations of imaging biomarkers to help make better recommendations for patients, she said.

With these types of predictive measures and exploitation of tissue and imaging biomarkers, it will be possible to have detailed risk predictions for women.

"Then use the imaging method that offers the sensitivity profile that we want to have -- in other words, the highest sensitivity for biologically significant disease and low sensitivity for insignificant changes, pseudo-disease," she said. "[That's] exactly what MRI offers because what we depict when we use MRI for screening is its depiction of angiogenic and protease activity -- tissue alterations that directly correlate with carcinogenesis, with cell proliferation and metastatic activity. In other words, the MRI detection of breast cancer and [ductal carcinoma in situ] is biased towards biologically active, prognostically important disease, which is the exact opposite of what mammography does."

Soon-to-be-published results from the Dutch Dense Tissue and Early Breast Neoplasm Screening (DENSE) trial showed a cancer detection rate of 16.5 per 1,000 women from using additional MRI screening in women with average risk and extreme risk, according to Kuhl. What's more, the interval cancer rate dropped from 5.06 per 1,000 with mammography screening alone to 0.83 per 1,000 women.

"This is a quantum leap," she said. "This will greatly improve the success of screening and reduce breast cancer mortality."

Abbreviated MRI can expand the use of breast MRI and also include women with intermediate risk of breast cancer, Kuhl said. Research shows that abbreviated MRI yields the same results as full-protocol breast MRI, she noted.

"Preventive measures should be adapted to the specific needs of an individual," she said.

ISMRM: AI paves the way for precision medicine
MONTREAL - Artificial intelligence (AI) in medical imaging could open the door for huge advances in healthcare by assisting in diagnosis, the understanding... 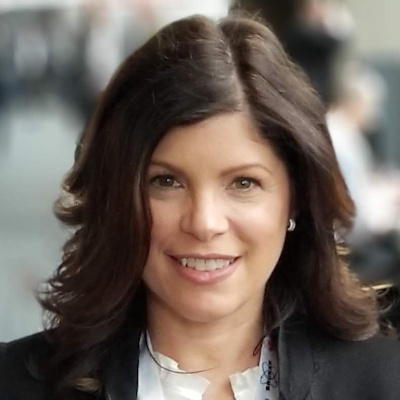 Video from ISMRM 2019: Tal Arbel on machine learning and image analysis
MONTREAL - Machine learning in MRI was the focus of Tuesday's plenary session at the International Society for Magnetic Resonance in Medicine (ISMRM)....

ISMRM: Deep learning moves toward clinical practice
MONTREAL - The number of deep-learning algorithms available for radiology applications is rapidly increasing, and it's time to figure out how to make...

Forum Comments
2 comments so far ...
5/19/2019 5:36:14 AM
Jimboboy
This article acknowledges the reality. Very refreshing. It delves into everything we've discussed here recently. Makes me wonder, why is the concept of "overdiagnosis" so foreign to the regulars here? Is it a US thing? Note that the source is Kuhl, a German rad.

The article also delves into the concept of "UNDERdiagnosis".

Quote from the article
The bigger problem, however, is underdiagnosis -- not detecting the cancers that should be found, she said. Between 20% and 50% of cancers identified in women who participate in screening mammography are interval cancers: cancers that aren't detected during screening but that become clinically symptomatic in between screening rounds. Interval cancers have a significantly worse prognosis compared with cancers detected during screening.


Then in the end, she recommends screening based on individual risks. Q2yr mammography for average risk, Q1yr MR for high risk, etc.

There is a problem with that. The proposed intervals may not eliminate the interval cancers. The very aggressive cancers may in fact develop and move onto advanced stages all within few months.

So the recommended screening interval of 1-2 year may be too long, be it mamms or MR. In fact, one of the biggest deficiency of the current screening program may be due to the very fact that the followup interval is 1 year.

Not saying a shorter interval is advisable. The only method of screening for those fast and aggressive cancers may be Q3mo or Q6mo intervals. Even the most pro-mammo camp would find that untenable however. Too much cost and/or radiation exposure.
.
5/22/2019 5:18:48 PM
equation
Avoiding development of (breast) cancer is possible by applying the hypothesis of Professor Otto Heinrich Warburg since local glycolysis affects the TEJ of the NATIVE vasculature resulting in local leakage of plasma containing conducting ions. Minimally invasive ablation of high conductivity lesions that do not respond promptly to conservative measures would decrease, and possibly prevent, the development of cancer. This would explain the observations of Jansen as reviewed by Kuhl in Radiology vol. 253.
Post your comment ...