VIENNA - Healthy women at high risk for developing breast cancer should have little or no concern about undergoing multiple MRI screenings with macrocyclic gadolinium-based contrast agents (GBCAs), according to a study presented on Sunday, the final day of ECR 2019.

Austrian and German researchers found no alterations in T1 signal intensity from the dentate nucleus after an average of nine administration of macrocyclic GBCAs in healthy women. While the findings are encouraging for the safety of contrast-enhanced breast MRI screening, they do not necessarily mean there is no gadolinium retention by the women.

"Because we don't see anything does not mean [gadolinium] is not there. On pathology, I would speculate that it is possible we do see something, but [in this study] I would say 'no,' " said Dr. Barbara Bennani-Baiti, PhD, from the department of biomedical imaging and image-guided therapy at the Medical University of Vienna. "Patients are concerned, and this is why these studies are extremely important to tell [healthy patients] we don't see what others have seen."

Breast MRI has proved its efficacy for detecting malignant breast cancer, with sensitivity of more than 87% for calcified tumors and approximately 99% for noncalcified tumors.

"In order to achieve this, though, we need contrast enhancement, which is the biomarker of breast MRI that depicts neoangiogenesis and, thereby, malignant transformation," Bennani-Baiti told ECR attendees. "This is why MRI is used to screen those who are at high risk for developing breast cancer."

Women with a more than 8% estimated risk of developing breast cancer between the ages of 40 and 50 years are the primary target for breast MRI screening. In Austria, for example, annual clinical breast exams begin at 18 years of age, and annual contrast-enhanced breast MRI scans start at age 25 or five years prior to the first diagnosis of breast cancer in a relative. Annual mammography screening begins at age 35, with additional sonography, if necessary.

The frequency of contrast-enhanced breast MRI screenings naturally "speaks to the high exposure to large cumulative dosages of gadolinium-based contrast agents in young women," Bennani-Baiti said. "Could this be a problem?"

Most of the previous gadolinium-related research has been in patient populations without an intact blood-brain/glymphatic barrier, such as children, or in those who have undergone chemotherapy, have central nervous system tumors and/or inflammation, or have aging blood-brain barriers.

This focus has not addressed healthy women who are at high-risk for breast cancer and are recommended to have GBCA-enhanced MRI screenings. It is the primary reason why the researchers conducted their study.

"We wanted to evaluate whether healthy women participating in a high-risk screening program for early breast cancer detection feature T1-weighted signal-intensity changes, even after large cumulative dosages of macrocyclic GBCAs," Bennani-Baiti said. "In other words, is contrast-enhanced breast MRI-based screening safe for women who are at high risk for developing breast cancer?"

The study included 25 healthy women at high risk for breast cancer who had received more than six doses of macrocyclic GBCAs, along with 16 healthy control subjects with no exposure to any GBCA. The median age for all participants was 46 (± 9 years). On average, the women in the GBCA group received 9.5 cumulative doses (range, 6-23 doses).

Bennani-Baiti and colleagues found no alterations in T1 signals from the dentate nucleus and, thus, no correlation with the number of GBCA doses received (p > 0.05). There also was no correlation based a woman's high-risk cancer status or her age (p > 0.05).

In addition, the researchers found no changes in or correlation between T1 signal intensity and the dentate nucleus-to-pons ratio and the number of GBCA doses (p > 0.05). Again, the lack of correlation was evident regardless of breast cancer risk or age (p > 0.05).

"That's why we conclude that the dentate nucleus does not display T1 signals after high cumulative dosages of a macrocyclic GBCA in healthy women at 3-tesla MRI," Bennani-Baiti said. "It also raises the question: Is contrast-enhanced breast MRI screening safe for women who are at high risk for breast cancer? Yes, in regard to potential GBCA-associated brain signal alterations at 3-tesla MRI." 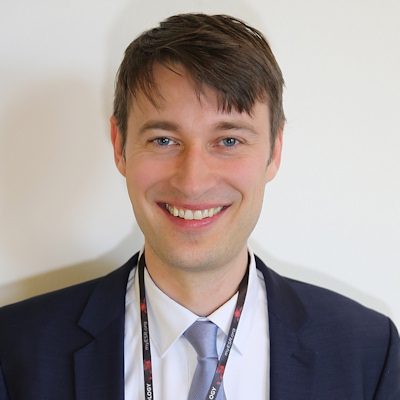 Video from ECR 2019: Alexander Radbruch on gadolinium debate
VIENNA - The safety of gadolinium-based contrast agents for MRI continues to generate much controversy and discussion. As both a radiologist and a lawyer,...

Gadolinium in gliomas, adjacent tissue raises questions
Researchers have discovered the presence of gadolinium from MRI contrast in gliomas, as well as neighboring normal brain tissue and necrosis. The findings... 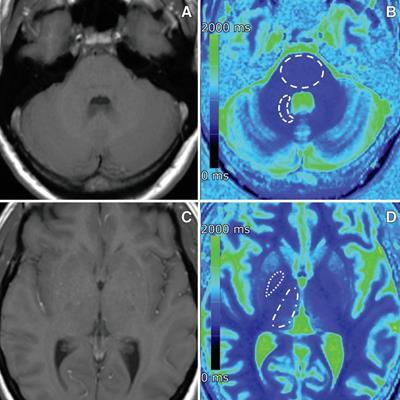 German study may offer new way to detect gadolinium
Researchers from Germany are mulling the possibility that significantly lower T1 relaxation times may indicate the presence of gadolinium in the brains...