When a child is born with a serious brain-related defect, understanding the cause and its impact at the earliest stages of life is of utmost importance to determine the best course of treatment and counsel parents about developmental problems, quality of life, or odds of survival. Advanced MRI techniques such as diffusion tensor imaging (DTI) and arterial-spin labeling (ASL) are yielding clinically exciting discoveries and valuable information.

DTI provides qualitative and quantitative information about the microarchitecture of white matter. It can reveal information about the brain microstructure that may not be detected in conventional MR sequences of infants and children with brain malformations. With its ability to better categorize various brain malformations that may look similar on conventional MR imaging but may be caused by different pathomechanisms, DTI may allow transcending MRI from basic anatomic imaging toward function and embryology-based imaging. Conventional MRI is excellent in depicting the big functional centers, the nuclei of the brain. But it does not show how different parts of the brain are connected to each other or if there is an aberrant connection. DTI with fiber tracking does.

"Conventional anatomic MR imaging shows only the tip of the iceberg of microstructural brain malformations. DTI can be quite easily performed in any patient and provide a wealth of information. It is a matter of having the patience, perseverance, and a good knowledge of brain anatomy and function to 'connect the dots' and extract correct and relevant information out of a completed three-dimension tractography reconstruction," he explained. 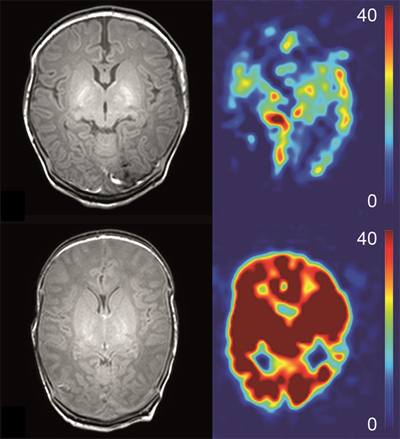 While powerful postprocessing software programs may identify hundreds or thousands of white-matter tracts within a sampled brain, too many reconstructed fibers can obscure the relevant, aberrant, maldeveloped, or missing white-matter tracts, he added.

Many brain malformations are suspected from prenatal ultrasound data. DTI enables a quantitative analysis, and a structural analysis can be created through postprocessing and reconstructing the course of fiber tracts. As an example, if a neonate is not adequately moving his or her arms and/or legs, the cortical spinal tract can be reconstructed, specifically the fibers responsible for connecting the motor cortex and extremities. Huisman pointed out that it is necessary to know the clinical history of the patient to be able to pinpoint precisely what fiber tracts need to be reconstructed.

"If I am told that the child is not moving extremities, corticospinal fiber needs to be reconstructed; if there are memory problems, the limbic system; or if vision problems, the visual system," he stated.

If diagnosed at the prenatal stage, some malformations can be treated. When a neural tube defect can be closed in a fetus, for example, the degree of malformation will not be as severe. And the additional information provided by DTI also may help guide a decision about continuing or ending a pregnancy.

"DTI and FT (fiber tracking) allow us to study the microstructure of the central nervous system in vivo. Collected data will help to better classify malformations and may give important hints to the genetic bases of the encountered findings," he noted. "I think that DTI will help to guide the future identification and treatment of genetic diseases. DTI analysis together with MRI analysis will enable researchers to identify patients with similar characteristics and to help us know where to search for the gene locus."

Furthermore, knowing exactly what and where a defective gene is located will help clinicians to identify different subgroups, make better diagnoses, and gain a greater understanding of patterns of inheritance. 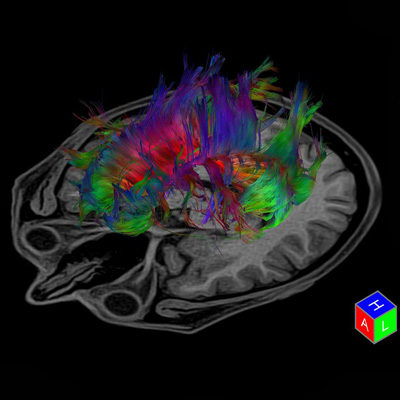 Hypoxic-ischemic encephalopathy (HIE), brain tissue ischemia caused by a lack of blood flow or oxygen perinatally, occurs in 2 of every 1,000 full-term births. It is a significant cause of adverse neurodevelopmental outcome. Outcome biomarkers for HIE in neonates are critically important, because they can aid in therapeutic decision-making and can be used to evaluate the effect of neuroprotective therapies.

Infants with HIE tend to show fetal distress prior to delivery, have abnormal Apgar scores, may require resuscitation at birth, and display neurological abnormalities such as seizures, decreased levels of consciousness, irritability, and feeding difficulties. HIE is classified into three grades, ranging from mild to severe. Infants with mild HIE will recover, but those with moderate HIE have a 30% risk of disabilities and a 10% risk of death. More than half of neonates diagnosed with severe HIE will die in infancy. The majority of those who survive will suffer from severe neurological abnormalities.

Cranial ultrasound and MRI -- conventional, diffusion-weighted imaging (DWI), DTI, magnetization transfer imaging (MTI), MR spectroscopy, and ASL perfusion -- are being used to image neonates with HIE. ASL perfusion MRI, a technique that inverts arterial blood water flowing toward the brain and serves as a tracer to evaluate brain perfusion, has been used with adults for more than 20 years. However, due to technical hurdles that only recently have been resolved, it has not been used to image newborns and infants, explained Dr. Jeroen Hendrikse of the department of radiology at University Medical Center Utrecht. He is head of a team investigating the use of noninvasive ASL MRI in neonates to visualize and quantify brain perfusion in mL/min/100gr brain tissue.

"With most MRI exams that are performed, structural damage can be assessed, and the infarction can be seen, but no perfusion parameter has been available. ASL provides a relatively simple noninvasive method to obtain hemodynamic (perfusion) information from a scan that takes approximately five minutes," he said. "In a study of 28 neonates imaged four days after birth published in the January 2015 issue of European Radiology, ASL not only complemented known MRI parameters in the prediction of outcome, but also provided additional unique and valuable information. Perfusion adds additional prognostic information, which was a gratifying surprise to us."

The study determined that basal ganglia and thalami perfusion (deep gray matter) was higher a few days after birth in neonates followed for up to 18 months who had adverse outcomes of cerebral palsy or death. "We think that in conjunction with MR spectroscopy, it can be used as an outcome biomarker, as ASL perfusion had positive and negative predictive values of 100% and 96% respectively. It allows for an evaluation of the reperfusion phenomenon, which is related to delayed cell death. We also think that ASL may be useful to evaluate the effectiveness of neuroprotective therapies," he added. 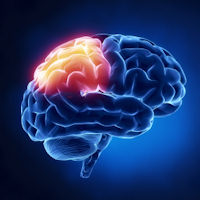 MRI tracks early brain development in newborns
For the first time, researchers are using MRI to calculate the volume of multiple brain regions in newborns to investigate how those areas develop based... 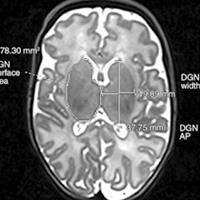 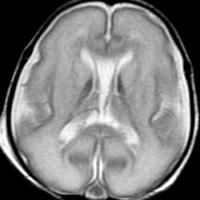