VIENNA - State-of-the-art CT scanners produce widely divergent coronary artery calcium (CAC) scores, but at least they substantially agree on the risk levels of individuals undergoing the scans, according to a Saturday presentation at ECR 2014. However, even the risk agreement isn't strong enough.

In a study of 432 patients at intermediate risk of disease, scanners from four major vendors -- Siemens Healthcare, Toshiba Medical Systems, Philips Healthcare, and GE Healthcare -- arrived at the same risk levels in all but 0.5% to 6.5% of patients, depending on the scanner pair chosen.

Those risk agreement levels are still a little troubling, according to Dr. Martin Willemink from University Medical Center Utrecht in the Netherlands, who said that despite the modest percentage differences, the total numbers of patients with different risk classifications could still be high. 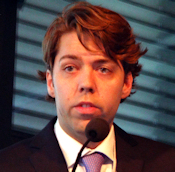 "Although these numbers are modest, absolute numbers could be substantial," he said in his talk.

Because CAC scores are strong predictors of cardiovascular events, they can be used for reclassification of cardiovascular risk, Willemink said. Using the Framingham risk assessment, individuals can be identified as low, intermediate, and high risk depending on their calcium score (Agatston method).

This means that the number of patients undergoing calcium scoring with CT will increase tremendously going forward, according to Willemink. Individuals with Agatston scores less than 50 should be reclassified as low risk, and those with scores greater than 650 should be classified as high risk.

Willemink and colleagues presented a study in late 2013 showing that calcium scores differed significantly among scanners from the four major vendors. Their new research used a simulation study to determine if the different calcium scores resulted in a high frequency of discordant patient risk classifications among the vendors.

The group consecutively scanned 15 ex vivo human hearts (including 14 with apparent coronary calcifications) in an anthropomorphic chest phantom on state-of-the-art CT scanners from the four major vendors, using similar protocols and equal radiation dose levels. Software from the same vendor as each scanner was used to calculate the Agatston scores, Willemink said.

The CAC scores differed substantially between CT scanners, with median scores ranging from 332 to 469 among the four vendors (p < 0.05). One heart, for example, had Agatston scores that ranged from 327 to 524 depending on the scanner manufacturer.

The median and interquartile ranges were as follows:

For each of the four vendors, "we found for all of the hearts very different Agatston scores, but we did not know yet whether it would lead to reclassification of individuals," Willemink said.

To determine reclassification levels, the group then did a simulation study based on data points from the individual hearts. They used those data for simulation on 432 individuals at intermediate Framingham risk (50 to 650) from the Rotterdam study, which looked for the relationship between arterial thickness and atherosclerosis in more than 3,000 individuals.

The researchers created a conversion factor based on the Agatston scores derived from the Toshiba scanner to obtain Siemens, Philips, and GE scores.

Overall reclassification rates for the 432 individuals due to imaging with another vendor's scanner ranged from two (0.5%) to 28 individuals (6.5%). The differences were most prominent between Siemens and GE scanners (6.5%), according to Willemink.

In response to a question from the moderator, he said that the group did not have the opportunity to measure absolute calcium levels, because the cadaver hearts had to be preserved for educational use. Other study limitations included the small number of such static specimens used to create the conversion factors, though the differences between scanner models were stable across all CAC levels based on linear regression analysis, he said.

If you like this content, please share it with a colleague!
Related Reading
JAMA: CAC analysis reveals flaws in Agatston score
In a study of coronary artery calcium (CAC) and heart disease, researchers found that greater plaque density appears to protect against cardiovascular...

Calcium scores rise and fall based on scanner vendor
CHICAGO - What's your coronary calcium score? The answer may well depend on who made your CT scanner, according to a Monday session at RSNA 2013. Dutch...
MESA: Monitoring coronary calcium could cut heart events
An analysis of results from the Multi-Ethnic Study of Atherosclerosis (MESA) found that more frequent monitoring of patients with coronary artery calcium...