ESR holds out olive branch to European Society of Cardiology 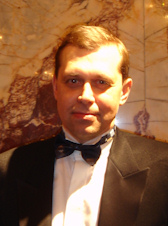 Radiologists must know more about cardiac imaging, particularly the uses of newer hybrid systems, according to Dr. Valentin Sinitsyn.

Success in cardiac imaging can only be achieved with closer collaboration and more teamwork between cardiologists and radiologists, according to ECR 2014 President Dr. Valentin Sinitsyn, professor and head of the radiology department at Moscow's Federal Center of Medicine and Rehabilitation. As someone who has had a foot in each camp in the past, having worked previously at the Cardiology Research Center in Moscow, Sinitsyn is relishing the prospect of now acting as a bridge and a peacemaker between cardiology and radiology.

"Cardiologists and radiologists quite often work side-by-side in the field of imaging and their cooperation has already resulted in many outstanding breakthroughs in the workup of many cardiac diseases," he said. "We are happy to welcome such a large and successful society as the ESC to Vienna."

The ground-breaking ESR meets ESC session, to be held on Saturday, 8 March, at ECR 2014, will focus on the role of imaging in the cardiac patient. Among the topics to be addressed will be how to assess myocardial viability, evaluating acute chest pain, and assessing valvular heart disease and interventions. ESC President Dr. Panos Vardas from Iraklion, Greece, will give an introduction and will moderate the session along with Sinitsyn.

Sinitsyn hopes the ESC session will help to convince general radiologists that they need to learn more about cardiac imaging and show them that they can work more closely with cardiologists. Unless they acquire more cardiac know-how, including about the potential benefits of newer hybrid systems, cardiologists are unlikely to refer their patients to the radiology department, he said. 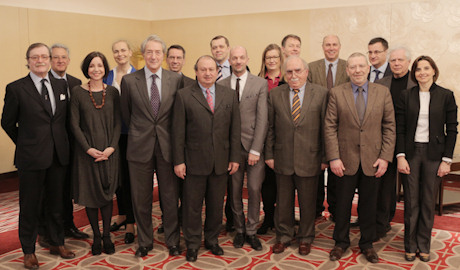 The ESR executive council, shown here in January 2014, has announced its commitment to make radiation protection a top priority. The official launch of the EuroSafe Imaging campaign will be a highlight of ECR 2014.

Editor's note: In the third part of our series of articles looking forward to ECR 2014, we will be asking AuntMinnieEurope.com's editorial advisers for their thoughts and observations about the congress. Check back for part three next week.